Red Bull has introduced a selection of new parts on the second day of the final Barcelona pre-season F1 test, as it looks to hone in on the aerodynamic package that we will likely see at the first race of the year.

The front wing has undergone numerous alterations, as the team looks to skew how much of it is devoted to downforce generation and stability and how much is focused on containing the turbulence created by the front wheels. 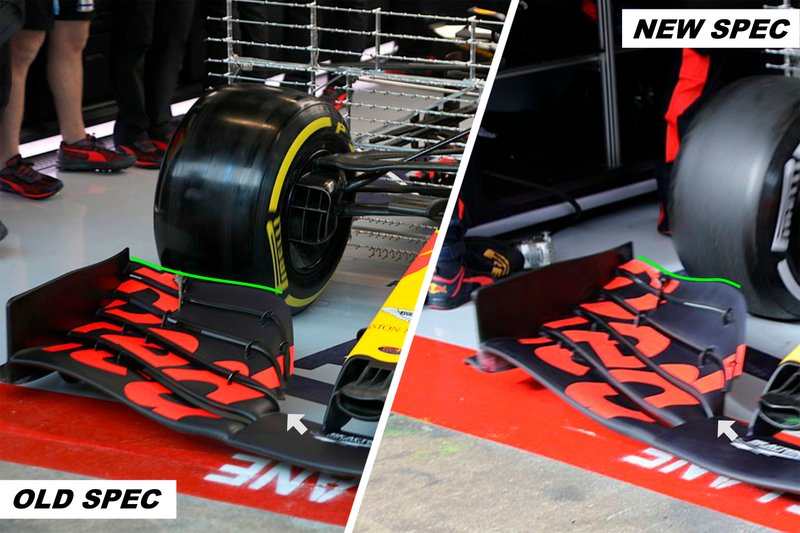 There are changes to how the flapped section connects to the neutral section, with the third flap now joined to that section (white arrow). This also alters the chord of each of the flaps and their relationship with one another.

However, perhaps the biggest change is the upper flap, which features a new more curvaceous trailing edge (green line) and has been stepped forward in relation to the endplate, as the team looks to maximize the outer portion of the wing to improve how airflow moves across and around the front tire, especially as the wheels are steered.

There are further changes to the shape and geometry of the rest of the mainplane, flaps, endplate and underwing strakes, all of which cater to the aforementioned. 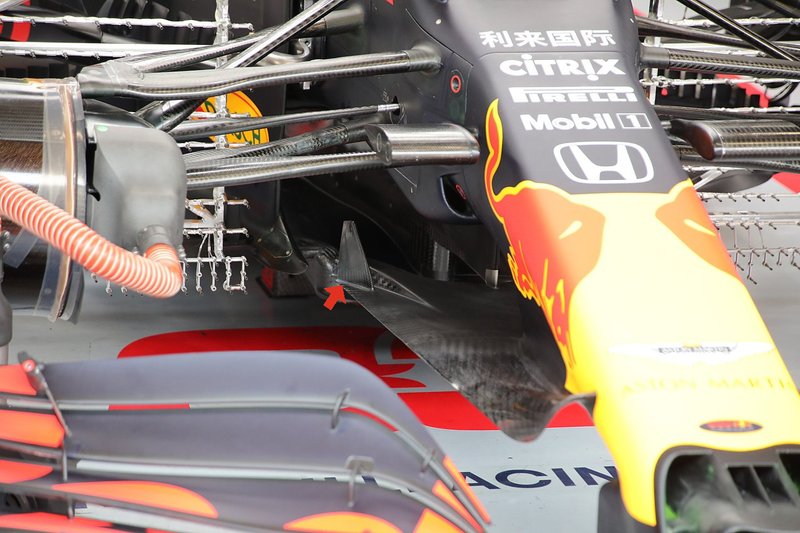 Mounted atop the cape, a solution that Red Bull is sporting for the first time this season, the design team has added a hedgehog fin. This fin is very similar to the ones we saw mounted on the Haas turning vanes last season (below), introduced to add an extra dimension to how the airflow moves around this region of the car.

The RB16 has also been treated to a new set of bargeboards and sidepod deflectors, as the team looks to improve flow around the sidepods. 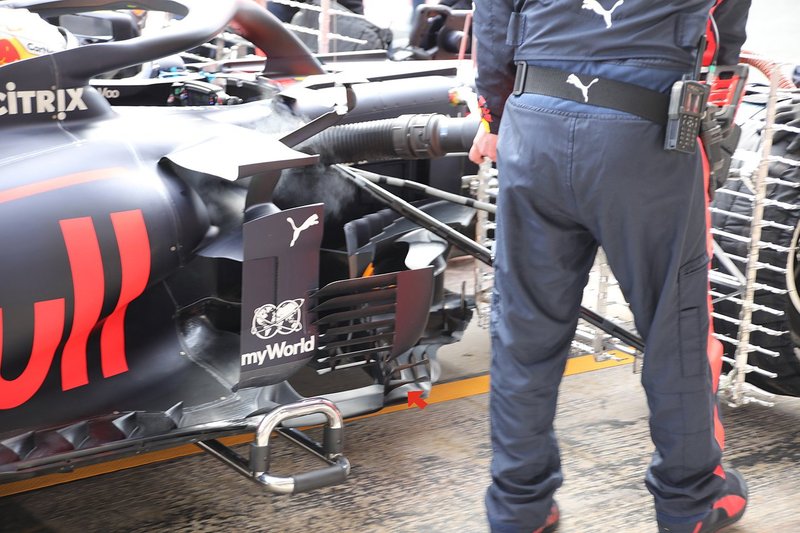 The sidepod deflectors now have the Venetian blind-style slats bridging the gap between the forwardmost vertical element and the main vertical deflector, a solution akin to ones we’ve seen elsewhere on the grid. Meanwhile, the floating axehead just below it now has another element shadowing it (red arrow).

Obscured from view there are further changes to the bargeboards too, with the shape and position of the boomerangs altered to cater to the aforementioned changes, whilst the serrations atop the main bargeboard have also been optimized further. 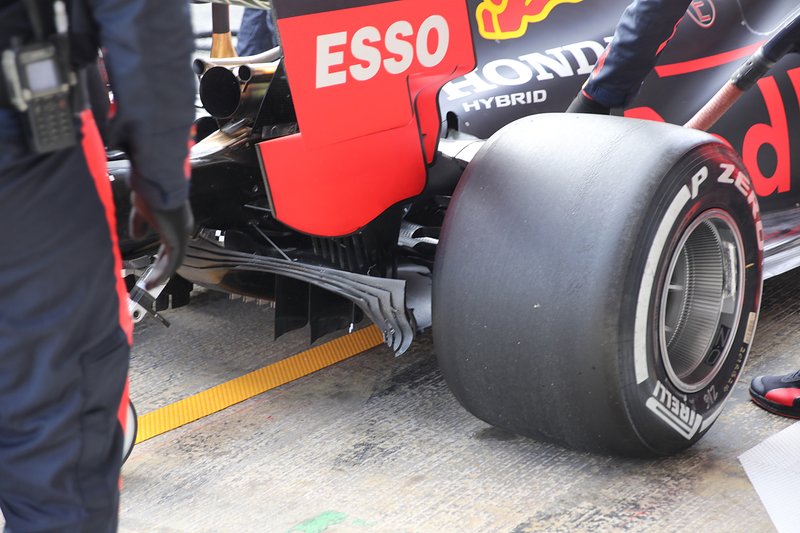 At the rear of the car, the team also mounted a camera to grab footage of any flexion in the diffuser. You’ll note chequered stickers placed on the strakes and central Gurney-style extension in this image.

It’s important to note that the changes seen in this new package being tested today are not as the consequence of a total change in philosophy, but rather an optimization of the flow regimes already present.

All of these aerodynamic changes will have been designed in conjunction with the new front suspension arrangement, which you can see in our video.