{"id":"", "email":" ","default_address":null,"first_name":" ","last_name":"","name":"" }
{"domain":"piola-watches.myshopify.com" }
Your bag
Ground effect is a catch-all term used to describe the aerodynamic principle applied to the cars designed during that era.
The designs, also known as 'wing cars', included large Venturi tunnels housed under the sidepods that reached the back of the car.
To take maximum advantage of the Venturis, Lotus pioneered a skirt solution too, which was hung from the edge of the sidepod and touched the track's surface. This closed off the tunnels, improving flow through them and reducing airflow egress, resulting in much more downforce.
As we saw, ever-more-complex skirts arrived as teams developed the solution and re-engineered their cars to find more performance. 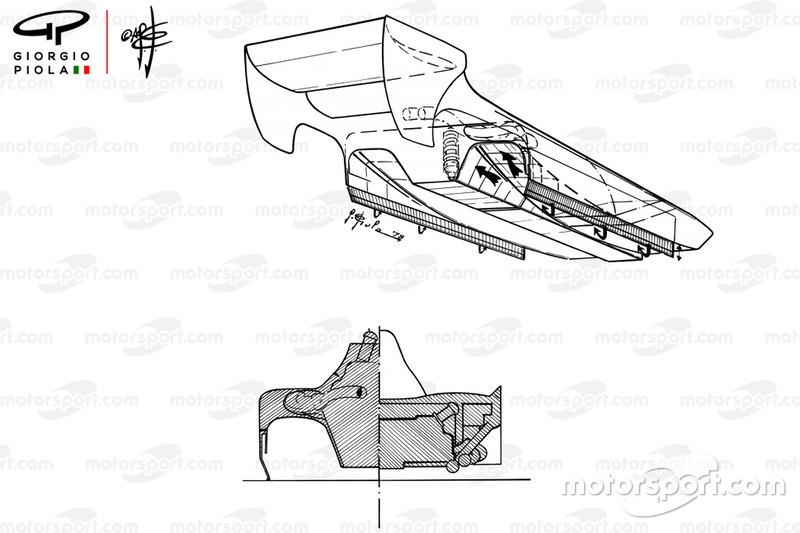 This illustration of the Lotus 79 shows the effort made by the team to create as narrow a body as possible in order to have wider and longer Venturi tunnels.

The Lotus 80 with its even longer Venturi Tunnels. 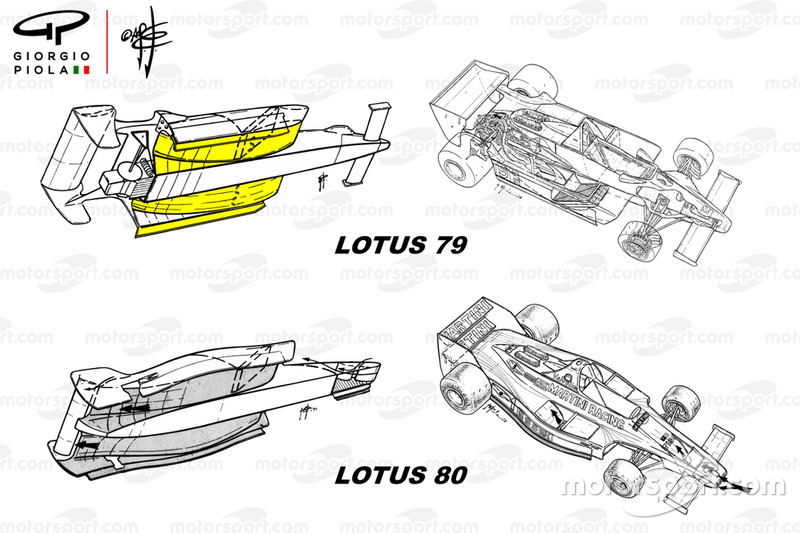 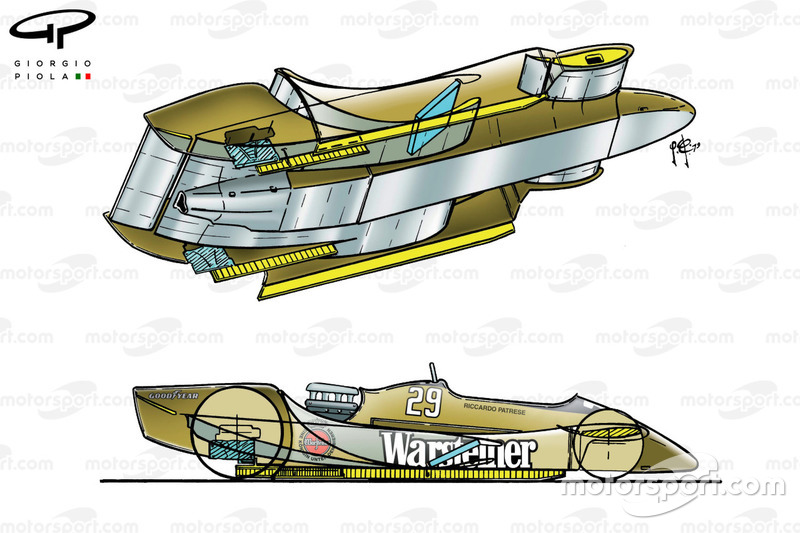 Arrows even went as far as to try to incline its engine on the A2 to increase the width of their Venturi tunnels.
However, by the end of the '70s, with speeds climbing and safety diminishing, the governing body stepped in and gradually regulated its demise by banning skirts.
Chapman, unable to let go of the knowledge his team had gained, set about finding ways to circumvent the ban.
Lotus had already worked on a car that utilized the twin-chassis concept - the Lotus 86. But, with skirts a viable option, it was never pressed into service as it wasn't as effective as its single chassis counterpart.
However, the skirt ban and the introduction of a minimum ride height changed this, and Lotus once again pressed on with the twin-chassis concept. This time with a mock carbon monocoque, having seen the potential in John Barnard's design when the MP4/1 was unveiled.
Short on time and the affiliation that McLaren had with Hercules, Lotus was forced to build its own version in-house.
Although likely better than its aluminum counterpart, the monocoque used entirely different techniques to Barnard's in its construction, favoring a Nomex honeycomb center over the aluminum honeycomb used by McLaren. A wet lay-up procedure that wasn't cured in an autoclave reduced the overall strength further still. 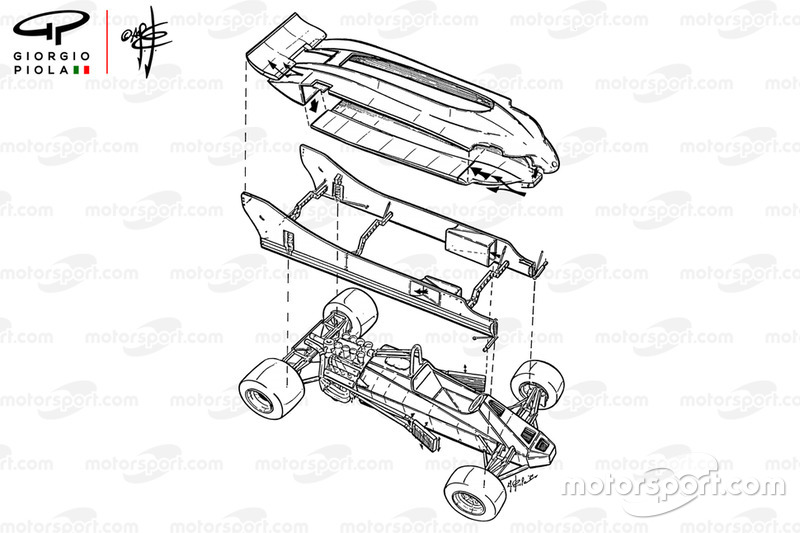 The idea of the twin-chassis concept was to have two sprung bodies, the inner body responsible for the mechanical forces exerted on the car and the outer taking care of the aerodynamic forces.
Think then of the outer body as a floating one. As speed built, it would be sucked down to the track and the force would be exerted onto the inner chassis.
To prevent the use of such designs, the regulators cited the rulebook that: 'aerodynamic parts must remain immobile in relation to the sprung part of the car'.
The specific wording has been tailored to suit the prevailing regulations over the years but can still be found in article 1.4 of the technical regulations.
Chapman was outraged by the decision and made several attempts to race the '88. But, with staunch opposition at every turn, he was eventually forced to abandon the design and run a conventional one instead.
Share on Facebook Tweet on Twitter Pin on Pinterest